The Oracle database provides a means for suspending, and later resuming, the execution of large
database operations in the event of space allocation failures. This enables you to take corrective
action instead of the Oracle database server returning an error to the user. After the error
condition is corrected, the suspended operation automatically resumes. This feature is called
“resumable space allocation.” The statements that are affected are called “resumable
statements.”
A statement executes in resumable mode only when the resumable statement feature has been
enabled for the system or session.
Suspending a statement automatically results in suspending the transaction. Thus all
transactional resources are held through the suspension and resuming of a SQL statement. When
the error condition disappears (for example, as a result of user intervention or perhaps sort space
released by other queries), the suspended statement automatically resumes execution.
A suspension time-out interval is associated with resumable statements. A resumable statement
that is suspended for the time-out interval (the default is 7,200 seconds (2 hours)) reactivates
itself and returns the exception to the user. A resumable statement can be suspended and
resumed multiple times during execution.

When a resumable statement is suspended, the error is not raised to the client. In order for
corrective action to be taken, the Oracle database provides alternative methods for notifying
users of the error and for providing information about the circumstances.

When a resumable statement encounters a correctable error, the system internally generates the
AFTER SUSPEND system event. Users can register triggers for this event at both the database
and schema level. If a user registers a trigger to handle this system event, the trigger is executed
after a SQL statement has been suspended. SQL statements executed within an AFTER
SUSPEND trigger are always nonresumable and are always autonomous. Transactions started
within the trigger use the SYSTEM rollback segment. These conditions are imposed to overcome
deadlocks and reduce the chance of the trigger experiencing the same error condition as the
statement.
Within the trigger code, you can use the USER_RESUMABLE or DBA_RESUMABLE views, or
the DBMS_RESUMABLE.SPACE_ERROR_INFO function to get information about the
resumable statements.

When a resumable statement is suspended:

When the error condition is resolved (for example, as a result of DBA intervention or perhaps
sort space released by other queries), the suspended statement automatically resumes execution
and the “resumable session suspended” alert is cleared.

A suspended statement can be forced to activate the SERVERERROR exception by using the
DBMS_RESUMABLE.ABORT() procedure. This procedure can be called by a DBA, or by the
user who issued the statement. If the suspension time-out interval associated with the resumable
statement is reached, the statement aborts automatically and an error is returned to the user.
10g Admin 2 Database Oracle Practical

Popular posts from this blog 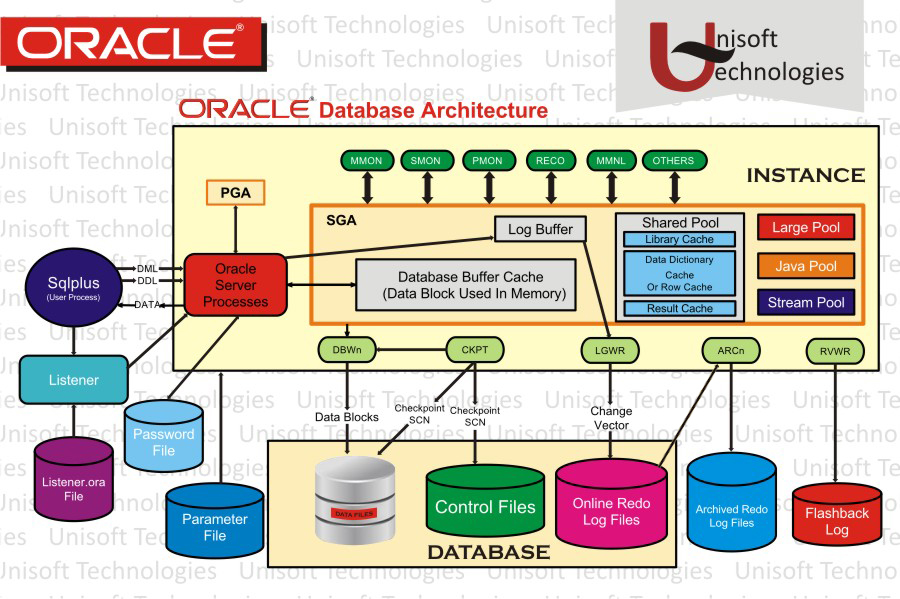 Figures shown in these notes are from Oracle® Database Concepts 11 g Release 2 Objectives These notes introduce the Oracle server architecture.   The architecture includes physical components, memory components, processes, and logical structures. Primary Architecture Components The figure shown above details the Oracle architecture. Oracle server :   An Oracle server includes an Oracle Instance and an Oracle database .   ·         An Oracle database includes several different types of files:   datafiles, control files, redo log files and archive redo log files.   The Oracle server also accesses parameter files and password files.   ·         This set of files has several purposes.   o    One is to enable system users to process SQL statements.   o    Another is to improve system performance.   o    Still another is to ensure the database can be recovered if there is a software/hardware failure. ·         The database server must manage large amo
Read more 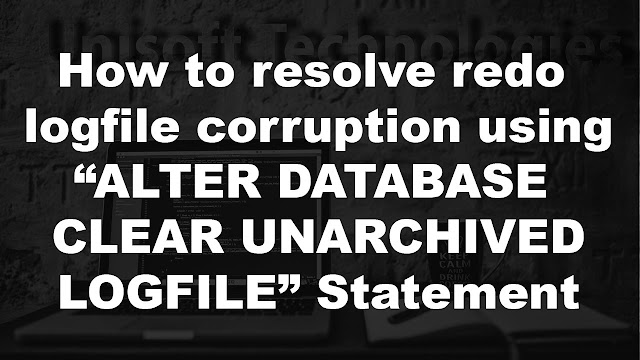 Connect to sys using sqlplus in admin command prompt Check whether your database is in archive log mode or not. Run command ARCHIVE LOG LIST. It will show you the following details: It is always preferable to have your database in archive log mode. The reason being if your database is in archive log mode you can recover from all committed changes in the event of an OS or disk failure. This query will display the path of redo log files, their group and their status. It is always recommended to have a minimum of two members in one group. As you can see I have only 1 member in group 6 whose current status is INACTIVE. I intentionally have 1 member to generate a scenario for the sake of this practical. Now go to the specified path where the redo log member of group 6 is located and open it in a notepad. It will show some symbolic data. Delete couple of lines and save it the original location which is the one we got as a result of query. Why did we do the above step i.
Read more